Please email me at kim@kimcritz.com
if you have any questions or trouble viewing.

Please vote below for your choice of logo, and if you would like to add MI to the logo or not.

PLEASE MAKE SURE TO HIT THE SUBMIT BUTTON you have to scroll to the bottom of the survey– if you have trouble viewing click here to view full survey. Thank you! I will post ALL results by the end of the day tomorrow. 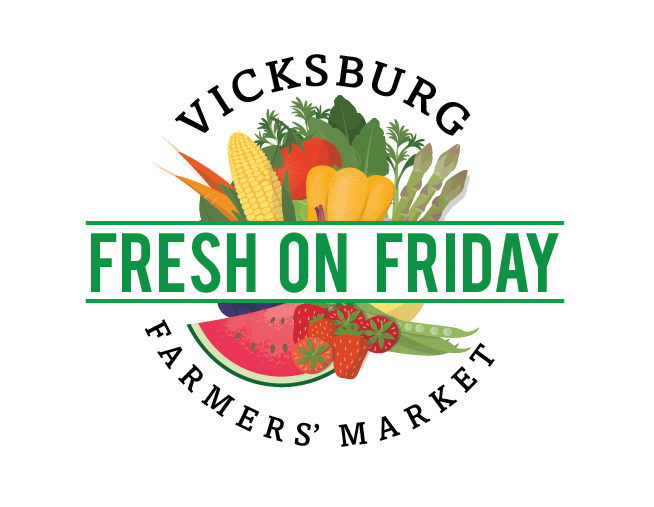 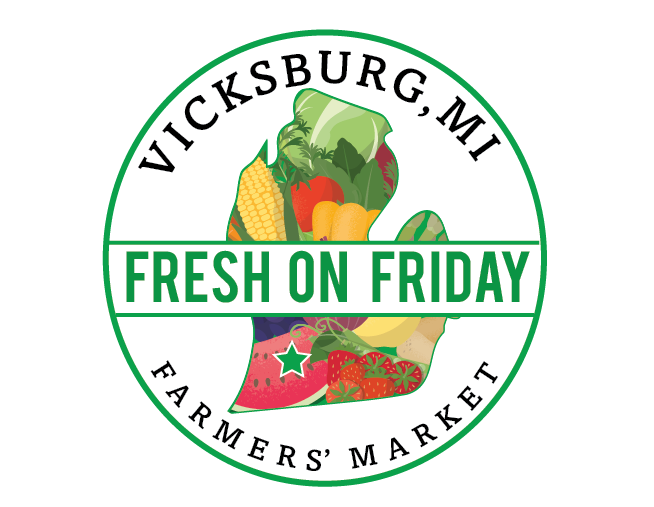 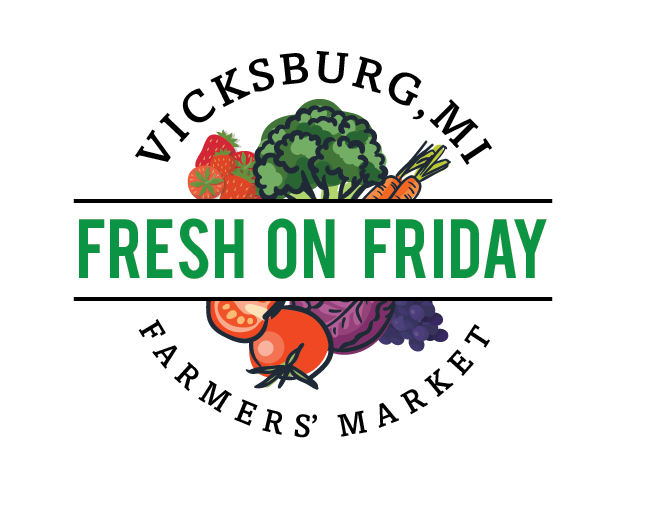 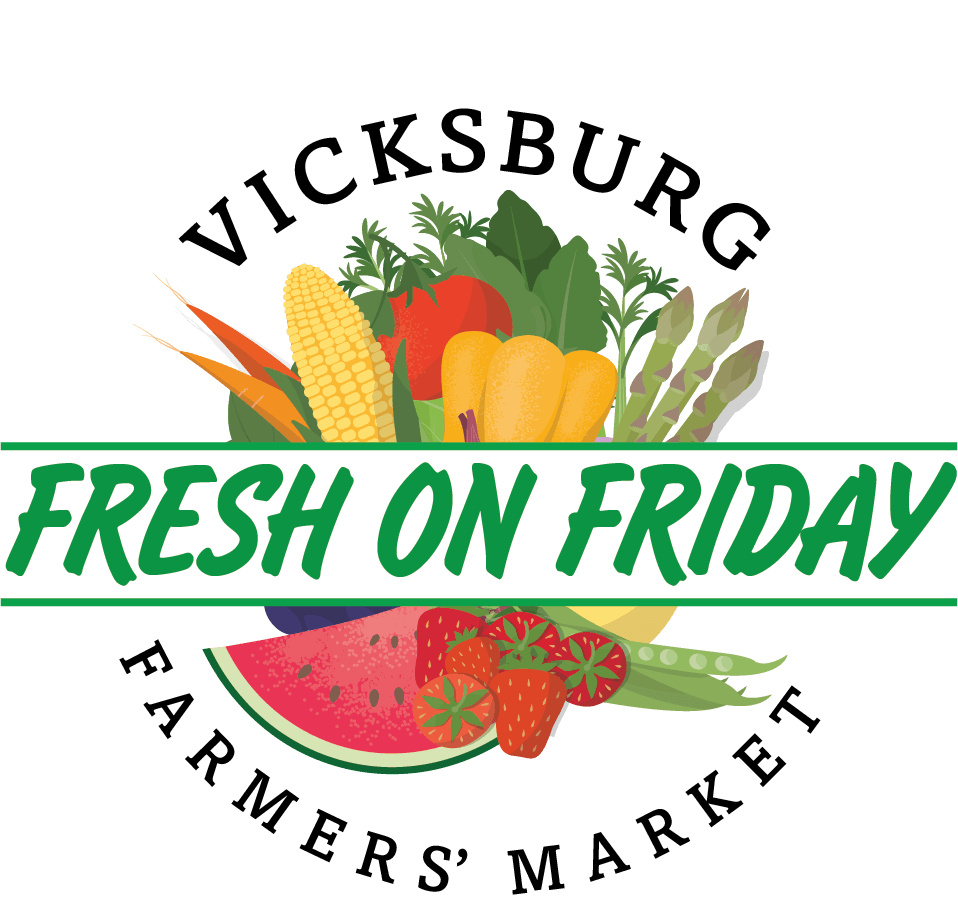 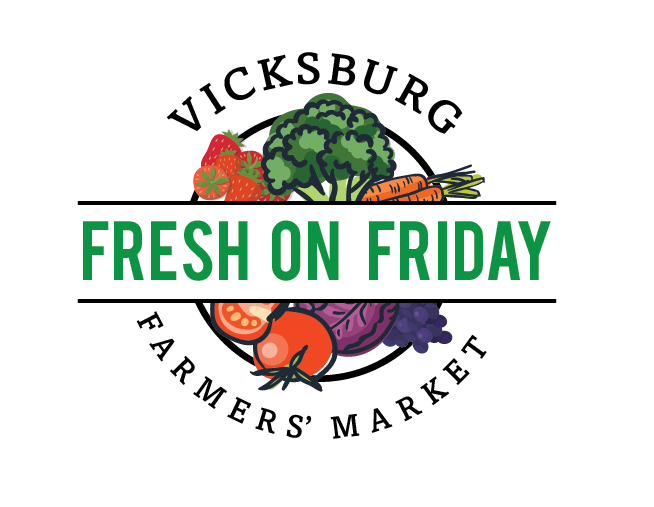 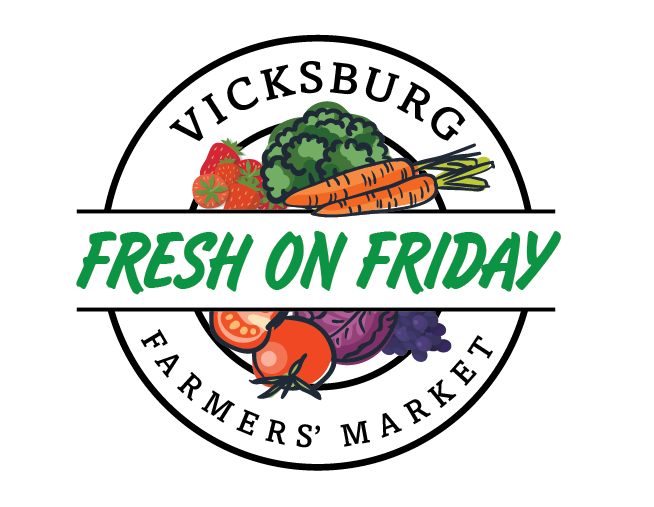 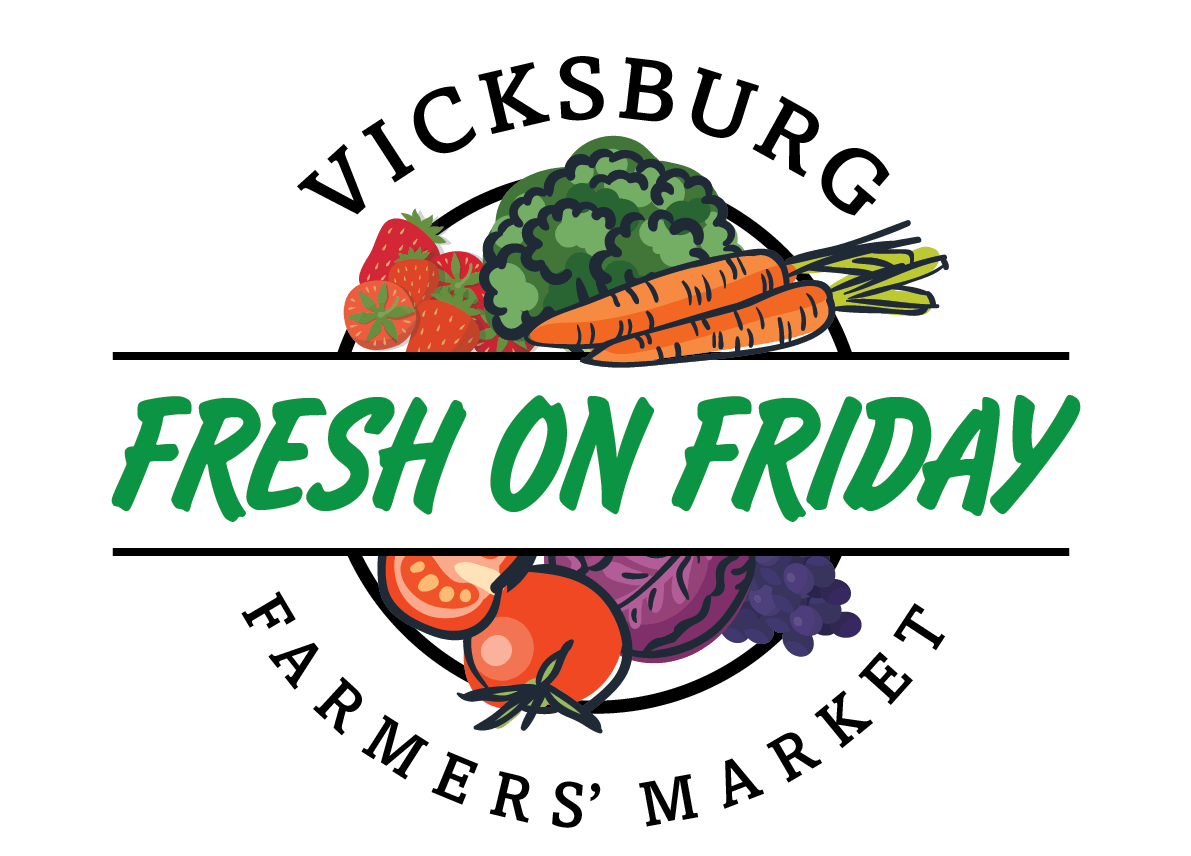 Logo Concepts Round 3 Below

Please leave your comments at the bottom for round #3. Thank you! 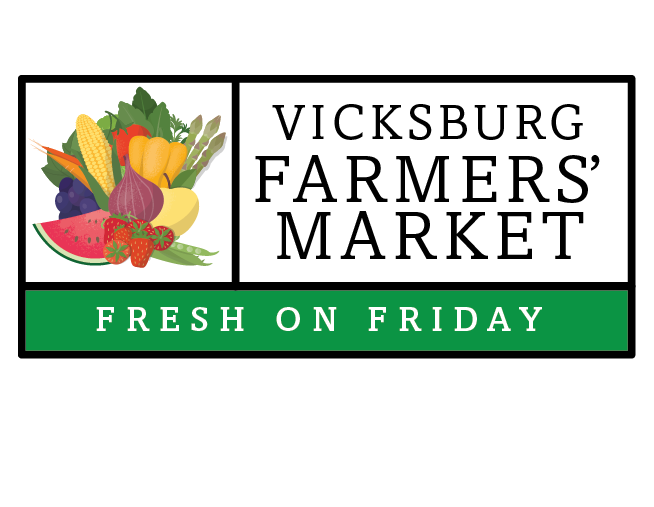 All Black removed- color added to text and borders 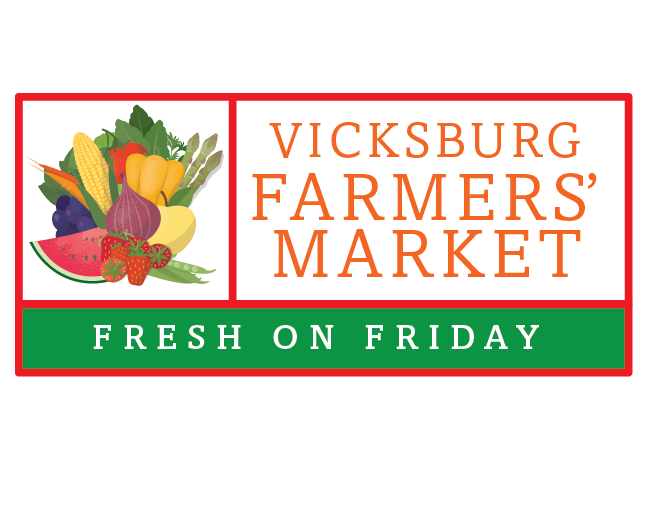 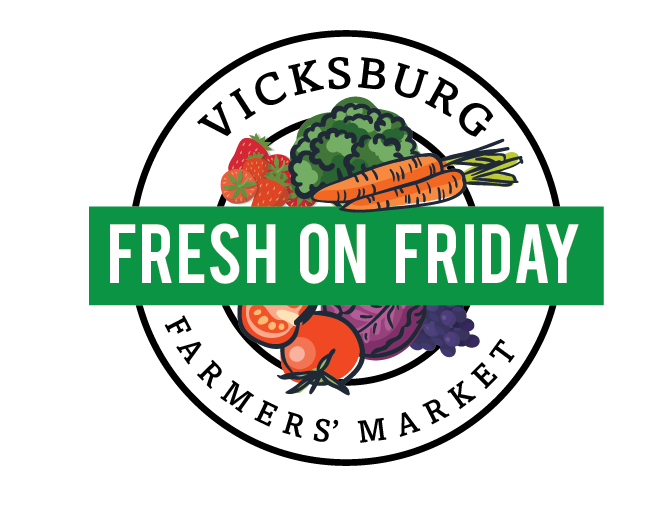 All in the shape of the state of MI,  MI in title

Font #2 in the middle 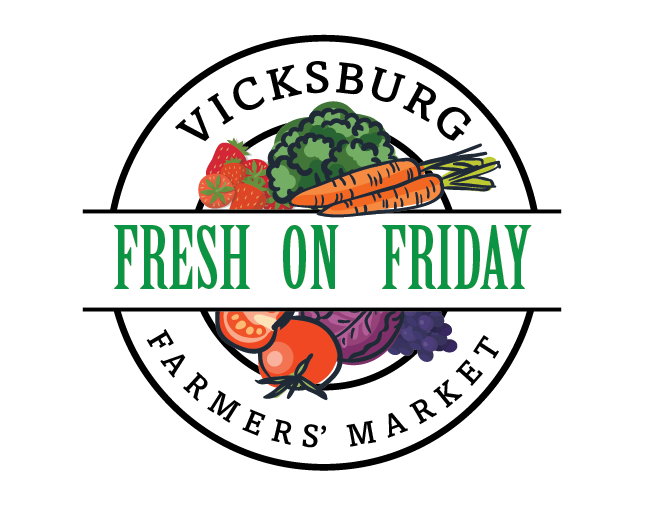 Font #3 In the middle

Font #4 in the middle 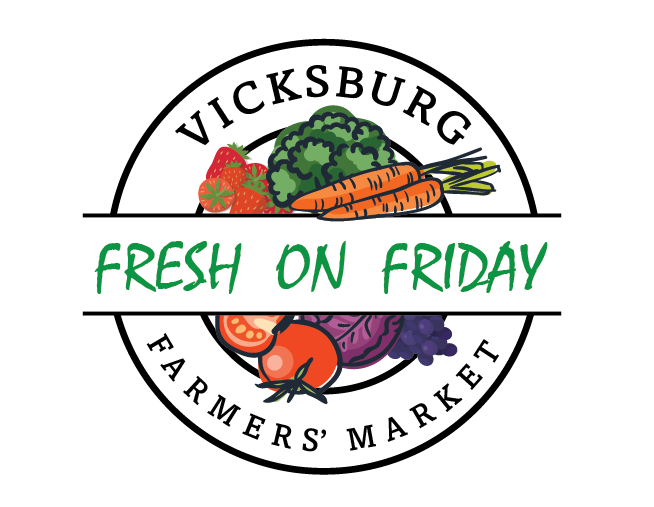 Logo Concepts & Feedback from Round 2 Below

Of the 7 options provided, the team was clearly most drawn to A, B and G-

F or E. I don’t care much for the boxy look. I don’t like C at all. E incorporates Rob’s initial suggestions. I like the folksy comic sans in our original design.

A or B with a change make letter bright Green or Red with white background.

I think it is important to have the Fresh on Friday be dominant in the design. I’m also appreciative of using the apostrophe in Farmers’ as it truly is their market. I too, am not fond of the boxy look, so I like the round approach but we aren’t there yet. Need more bright colors with the food and less heavy on the black circles as it feels like more of a bullseye to me

Sue and I rarely disagree on things of this sort, but there should not be an apostrophe in “farmers market”. “Farmers” here is a descriptive word, not possessive (we don’t say Community’s Pavilion, for example). Besides, the apostrophe adds a visual hiccup in the design.

Logo E is my fave; the dimensions will work best on a website and in social media, and I read “Vicksburg Farmers Market” around the outside as one grouping words. I’m hoping that the words around the perimeter will be smoothed out in the final design, and perhaps made to be larger & bolder still. I’d prefer all the text to be black.

On a side note, I’d be interested in learning what others think about adding “MI” or “Michigan” to our logo and website. I can’t tell you how many times, as a consumer, I found myself on the Vicksburg, MS website.

The second set of logos is a big improvement. Good work putting our thoughts into visual form, Kim.

When we started we wanted the farmers to get the credit for forming the market because it was all about their efforts. That’s why the apostrophe is plural possessive. I still believe that is the best identifier for the market, signifying the strength they bring to the growth and sustainability that we seek.

I like option E on the second set. The round style reminds me of an old postage meter stamp, which is kind of cool and remarkably fresh and contemporary – go figger…

The green of the ‘Fresh…’ could be a bit heavier, I think. This one looks a little sun-washed – it could also be remedied with a black drop shadow.

And, if the apostrophe were snuggled up a little (ok, a lot) closer to ‘Farmers’, it might create the compromise that we want by retaining the ownership while making it all cleaner and more crisp.

Rob’s point about adding ‘Michigan’ to the web presence in some way makes sense. Anything that we can do to start differentiating the ‘Burgs will be helpful. Kim is there some sneaky-ish way to do that through SEO work as well?

From the standpoint of other marketing materials, it never hurts to add a little ‘Mitten’ to the mix… people love the outline of the Peninsulas… well, I do anyway…

A is first choice; D is second choice. 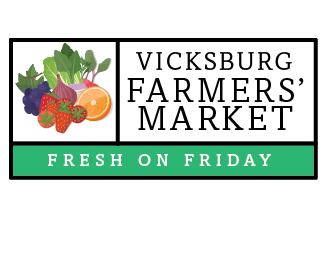 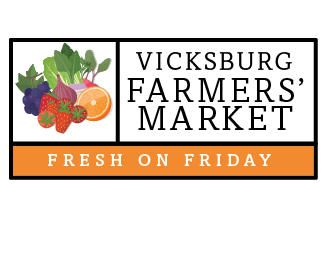 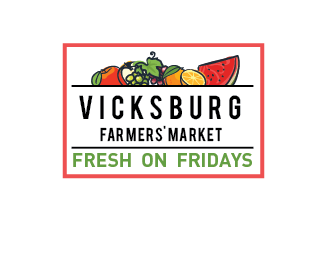 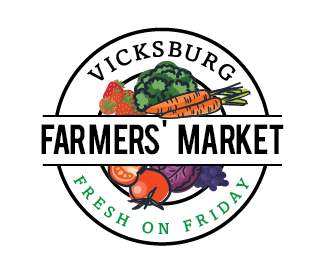 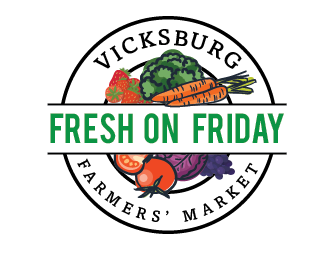 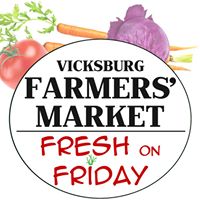 Logo Concepts & Comments Round 1 Below

Of the 7 options provided, the team was clearly most drawn to A, B and G-

5. Rob Peterson on May 18, 2017 Concept B, with two changes: “Vicksburg” needs to be larger, and I’d suggest putting “Fresh on Friday” in the middle and “Farmers Market” on the bottom. We need to be prepared to change the “Fresh on Friday” tagline in the event that the market changes days.

6. Sue  apostrophe added after Farmers’ and more fruits and veggies added in

I can edit any combination of font, graphic, shape and color-

Please add comments in the comment area below and hit submit when you are ready! Thank you! 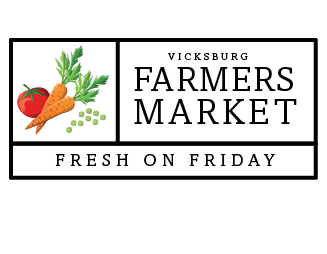 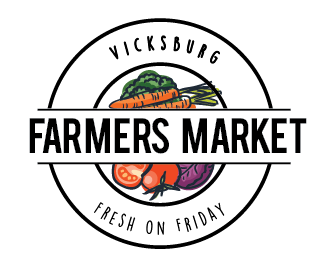 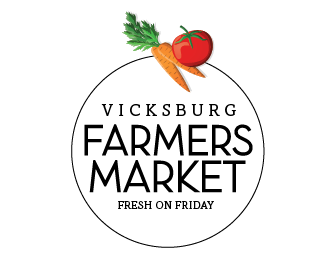 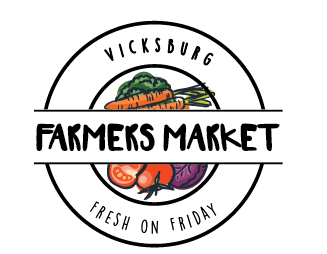 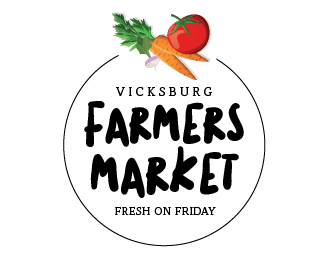 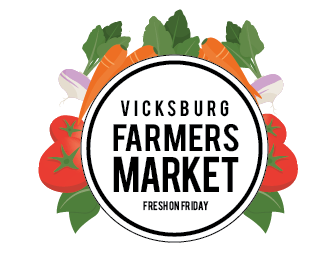 To develop a logo and branding guide for the Farmers market that is not drastically different from their current logo and represents them perfectly.